While in the search for a topic for a first post, I intended to have consistency with the purpose of this blog – to support the texts that I intend to publish in the near future -, and in order to so, to choose a subject which remained intrinsic to the themes of these stories. And what immediately came up was death and its relation to life (whoever is reading this post and manages to follow both the progression of posting and future publications will obviously understand).
Far from the well-known saying that “life and death are sides of the same coin”,or from the natural simplistic logic that, “in order to one to die, the only need is one to be alive”, I believe there is a deeper connection to this dichotomy. One which my latest decade of life (and, at times, death) has been teaching me.

I was lucky enough to be raised in a large family, large also in terms of “temporal span” – I was able to share my childhood with all my grandparents and some of my great-grandparents. Intrinsic to all the possibilities of life that these companionship gave me, the experience of farewells came along, which began early. I remember the butterflies in my stomach when my mother entered my bedroom – I was 10 at the time – to say she was going out to my great-grandmother’s funeral. The course of life went on; there were several farewells, and finally one that was not so “natural” – that of my mother, who was in the beginning of her sixties when she passed away, what, by today’s standards, and in a family in which people live up to 96, 97 years old, was somewhat precocious. Adding a vicious cancer to that, it was a shock, of course. 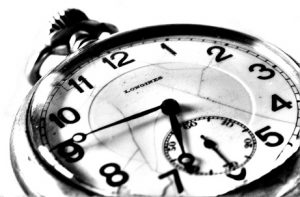 Almost everyone, at some point in life, has, in their education, a variety of “spiritual” guidelines or teachings. Some families raise children within a religion; others, in search for self-knowledge, end up choosing a philosophy to be followed with their precepts and beliefs. The experience of a spiritual aspect of life has a thousand facets and manifestations, and a very large portion of us experience it. With me, it was no different – initiations, sacred books, occult knowledge, yoga, prayers, guides, meditation, astral projection … But when death came… Nothing. Not a clue of such things. I went through the experience in a completely material and empirical way.

My experiences regarding death were extremely practical – caring, providing comfort, remedying, even fighting. Being present. Intensely present. And where had all those theories and beliefs and philosophies gone? “Death is just a passage”? Reincarnation, spiritual guides, energies, everything else??

We recently lost one of our dogs, and I had the opportunity to once more experience such ambiguity again. Napoleon was the classic basset hound – bonny, playful, loving. But sick. When we rescued him, he was almost two years old, and was close to dying for the third time thanks to the negligence of people who do not even deserve to be called owners. With the resulting sequels, we knew he would not have a long life. But everything went much faster than we expected – he was not able to complete his fourth year of life; in a rather sudden way, his kidney deficiencies finally came up and took him away in two weeks.

We immersed ourselves in the process of doing everything we could to have him recovered, and as if that was not possible, we tried to take care of him as well as possible. Such were very practical, empirical acts. If I had not forced myself to send a positive thought for him, to ask whomever or whatever I should ask to keep him well wherever he went next, I think I would have spent all those hours simply sitting next to him, trying to moisturize his mouth, and caressing him. Simply being present, staying very close to him.

I suspect that the key to understanding this deep connection between death and life is only one: time. Since my mother died, I have undergone many changes, professional, geographical, mental, emotional shifts. I moved to a new house, a new city, had a new job; I have also changed a lot internally. At the end of last year, more than five years after my mother’s death, an acquaintance who possess a certain “extra-sensory perception” told me that I was ending the mourning of that loss, and that soon I should return to a new life. But… More than five years had already been gone…

However, with a more distant analysis, now I am able to perceive this “resumption”, in a new movement of life, of recreation. New initiatives, new projects, and even the most obvious symbol of life – a baby is on the way; in a couple of months, we are going to have a child. I’m not hanging on to a melodramatic and superficial vein, kind of “time heals all wounds” – far from that; it is a much deeper perception. Death and life are not just two sides of the same coin – they are apices in cycles. Cycles which are ultimately part of a continuum.

I believe that if we can look at events of striking loss and death with temporal detachment, it is possible to recognize how intertwined the phenomena of birth and death are; one not only feeds the other, but they actually depend one on another. If, even when we go through irreparable loss, we are able to give ourselves the necessary time (which may be long) for us to review such events, we may perceive the connection between death and life, and how the former ultimately impels the latter.

The great difficulty is that we are protagonists of our own time here, and the perception of the continuity of cycles is doomed to intersections between human lives. Even so, this fact is intrinsic to everything that lives and dies, and when time helps, it is easier to perceive it. At present I have been preparing materials at home to make a vegetable garden – today I picked up leftovers and peels of vegetables to make an ecological compost – these are dying at the same time that the vegetable garden is being born. Who knows, in a few years’ time … Maybe we recognize some funny little trait of our basset hound that’s gone, Napoleon, in some lost puppy dog​​…